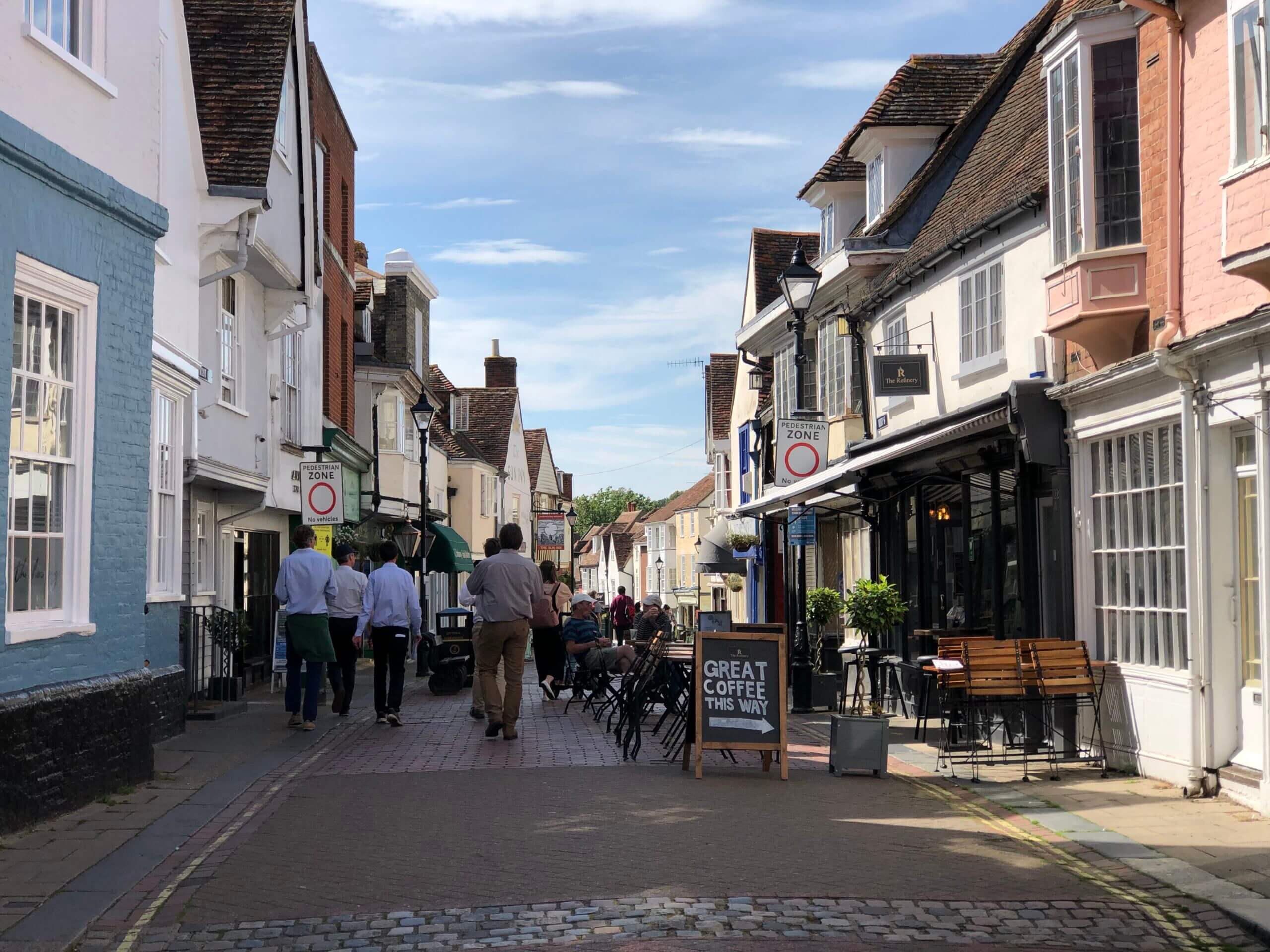 As Swale Borough Council started to give consideration to the future expansion of Faversham to meet local needs, the Duchy of Cornwall’s land at the south east edge of the town was identified as the most sustainable location for growth, and so the Duchy began to seriously look at ways in which it could bring forward a high quality landscape-led plan for a mixed-use walkable community on it’s land.

HRH The Prince of Wales and the Duchy of Cornwall have long been concerned with the quality of the natural and built environment and strongly believe in sustainable land stewardship. This often means making the right long term decisions, and recognising that truly sustainable communities come from the creation of places where the whole genuinely is greater than the sum of the parts. Careful consideration is being given to the architecture and materials but also the landscape ecology, soil, air and water of the land which can actually all be improved over time by sensitive development, intelligent land uses and management practices. Beautifully-designed public spaces and streets will be designed around the pedestrian rather than the car, and provide a sense of wellbeing and connection to nature, helping to create a new community that will thrive in the longest term, for people and planet.  This is the vision for South East Faversham which is described in a bit more detail over the next few pages.

In accordance with the Swale Local Plan Review 2021 allocation, and guided by the local community through public engagement workshops and consultation events, the Duchy is drafting plans to deliver a high quality, sustainable, landscape-led, mixed use community that will become a thriving new urban extension to the town. In broad terms this aspiration can be summarised as a net zero carbon development of around 2,500 homes and 2,500 jobs across a range of commercial and community uses, with approximately one third of the site designated as high quality green space with at least 10% biodiversity net gains.

In May 2018, the Duchy initiated an Enquiry by Design (EbD): an ambitious community planning process, designed to explore the community’s appetite for development and its wishes and preferences as to what any such development might comprise. The Prince’s Foundation which pioneered the EbD approach led the workshops. The outputs of the EbD are summarised below and have been used to inform the vision and masterplan development process.

Read more about the Enquiry by Design

The importance of heritage

Concerns over traffic, in particular the A2 and Brenley Corner, resonated with people across Faversham who felt that it negatively impacted their lives, causing delays, reducing air quality and representing a safety hazard. There was a concern that any new development could make this worse, but also an optimism that a new development could create measures for improvement.

It was almost universally agreed by participants that housing in Faversham has become unaffordable for local people. The concept of including genuinely affordable private and social housing was welcomed with caution, as long as the housing was available to local people.

Participants felt that generally it is currently difficult to both live and work in Faversham. It was suggested new types of employment space would be welcomed to make Faversham more self-sustaining, environmentally friendly and less of a commuter town.

The town’s relationship with the countryside was considered very important, both because of its agricultural roots and the beauty of AONB just to the south; it frames a key part of people’s identity. Although there was some concern about the potential loss of farmland, there was also support for any improvements that a potential new development could make to the ecology of the site, and connections into wider countryside to encourage people’s use and enjoyment of it.

Ensuring that any development supports and enhances services, rather than drains them, was very important to the community. In particular, this means choosing and siting types of commercial use to complement rather than impact upon the town centre. It was also generally felt that any new development should include supporting infrastructure – schools and doctors being particular examples.

There is a strong sense of community spirit in Faversham, with an active community involved in multiple social and sports clubs and activities. Any additional support to nurture this, through new development, was warmly welcomed.

The Duchy, working in consultation with local stakeholders and with the Local Authority, has produced a characterisation study report to consider the character of the town and landscape, looking in more detail at Faversham’s historic growth, and at its finely grained urban and landscape forms. The Faversham Characterisation Study is informing the masterplan design.

Click here to read the Characterisation Study
Cookies To make this site work properly, we sometimes place small data files called cookies on your device. Most big websites do this too.
Accept
Change Settings

Decide which cookies you want to allow. You can change these settings at any time. However, this can result in some functions no longer being available. For information on deleting the cookies, please consult your browser’s help function. Learn more about the cookies we use.

With the slider, you can enable or disable different types of cookies: